For months I had been waiting for Canon to release the rumored cheaper full frame camera.  I originally came across an article back in August that Nikon and Camera were going to be releasing a full frame camera at around a price of $1,600.   Since then Marcus and I have been holding out and waiting for any type of news surrounding the possible release.  Finally in September Nikon came out I believe at Photokina and released the Nikon D600.  When I saw the specs on that camera I was jumping for joy although the price of $2,100 was not necessarily what any one including me was expecting but at least it was more attainable in comparison to the D800.  The very next day Canon announced that the 6D was going to be coming out in December and after looking at the specs Marcus and I were both terribly disappointed    Yes it had a full frame sensor but a 97% view finder?  1 SD card slot versus 2? 11 focus points versus 39? 4.5 fps versus 5.5 fps?  Built in flash versus none? Also not that it really matters but I did not realize that with Nikon full frame cameras you have the ability to use crop sensor lenses which I admit I would probably never do but hey I am just throwing that in to the equation too.  Due to the above I could not understand why Canon was charging the exact same price for the 6D that Nikon was charging for the D600?  I was really disappointed in the features that the 6D had when comparing to the Nikon D600.  Yes the Canon has WiFi and better maximum light sensitivity but who would ever need to shoot at 102,400 ISO?

Well after the announcement I went to work on a spreadsheet to see if I could justify selling my gear and switching over to Nikon and although I would have enough money to buy the camera and maybe 1 or 2 decent lenses I realized I would have to replace flashes, grips, batteries and learn a whole new camera system.   So I told myself I will wait until Canon releases the 6D and I start seeing some reviews and photographs before jumping ship.

Last week Wednesday I saw an article that stated that the Canon 6D started shipping in Singapore and I got a little excited again but after googling everything about the 6D that was the only recent article I came across that talked about a ship date.  Then Thursday night I saw another article that stated B&H and a Canon Authorized dealer on Ebay were shipping the camera’s here in the US.   The next morning I talked with Marcus and while talking he whipped out his phone and called a local camera store and they informed him that they just received the camera that morning and they were offering a $300 rebate on the kit and a $200 rebate on the body.  I was only working a half day so after I left work I ran down to the store with the intention of possibly purchasing the 6D body only.  But when I got to the store they told me that the kit was all that they had and they would not have the camera without the lens for sale until possibly the following Friday.  $2,599 was the price of the 6D with the 24-105L and I thought why not just buy the kit and sell the lens because after checking out the lens on my phone I realized that the lens sold new for $1,200.   On my way home I felt a little nauseous which frankly I always do whenever I buy something for myself.  I even went back to the office to discuss the purchase with Marcus before going home.   I actually once bought a playstation and returned it later that afternoon only to buy one again the following day

.   This was no play station purchase.  Thankfully I told my wife that I was going to be purchasing a new camera with the money that Marcus and I have made this year.  But even I did not expect to spend what I did.  Oh well I will be selling the 7D and another lens or two on Ebay to help ease some of the pain.

If you have made it this far into this blog post I am surprised because I just realized I may have done quite a bit of babbling so I just wanted to share with you a photograph I took after a family portrait session I had on Saturday at the Inner Harbor in Baltimore MD.   This is a photograph of the power plant which was built between 1900 and 1909.  I will post the photographs from the family portrait session shortly.  When I got home and downloaded the images off of the camera the first thing that struck me was how sharp everything was.  Also the better high dynamic range was also evident at least to me.  I said to myself wow I feel as though I don’t really even need to to edit the photographs from the session .  The sharpness and level of details had me calling Marcus right away!!   The only problem I have is trying to figure out what made the biggest difference.  The camera or the lens?   I will post some more photographs later today.   Oh one last thing.  I took quite a few shots at ISO’s ranging from 4,000 to 12,000 and then compared them to shots on my 7D.  This is where I think most people will find the value because at an ISO of 10,000 I thought that the images blew away the ones taken with my 7D at 6,400 ISO and that will come in handy for future weddings! 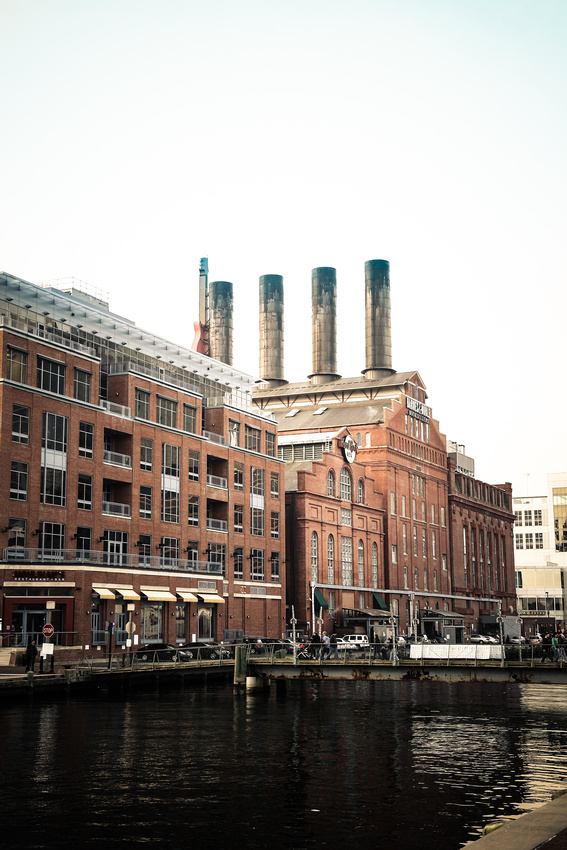